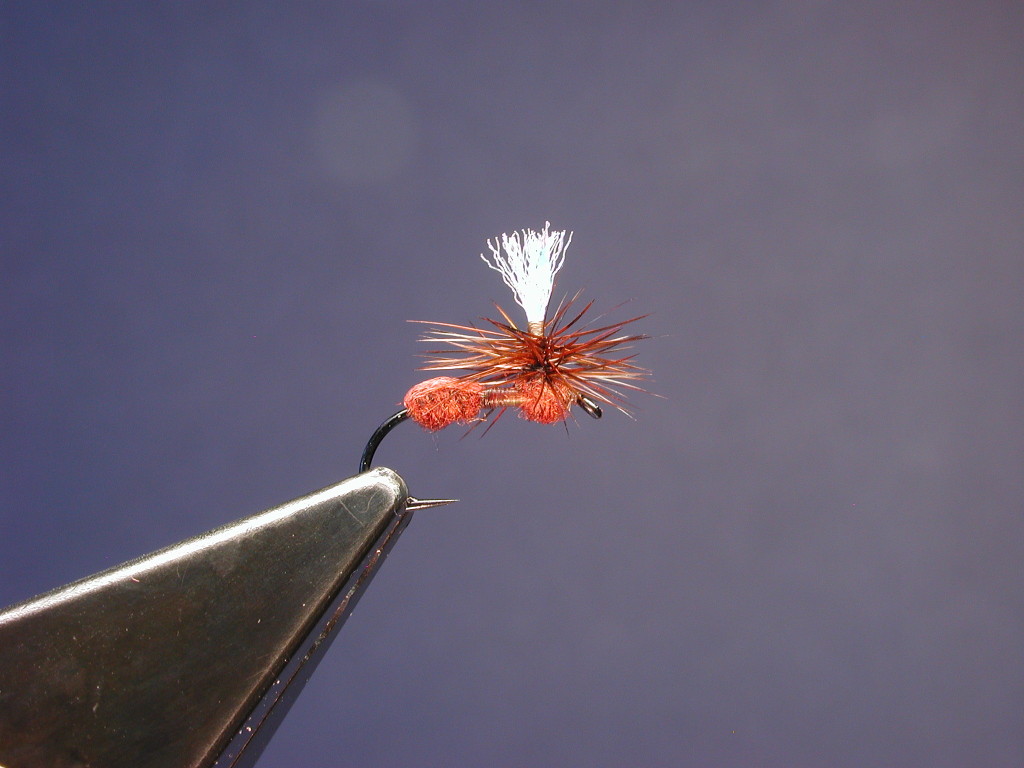 During the warmer months of the year, they are just about anywhere… Ants. Early in the season flying ants swarm, and many are blown into the water (upslope blow-ins). Later in summer ants will be on leaves and in branches of streamside vegetation, looking for food. They live in dead trees by the streams, and lots of them drop into the water. In these ants trout and grayling have a constant supply of food. So whatever hatches, or if no hatch comes off at all, or if you’re fishing in the heat of a summer day… an ant is a useful thing to carry.

Many ant patterns are made of foam. They look great, and are easy to tie as well. The problem with these foam ants, however, is that they are high floating flies. Real ants only float for a brief moment and then they slowly sink. Enter the parachute ant: a low-riding parachute ant with a submerged body and a post of poly yarn and two strands of pearl Crystal Flash for visibility.

Start the thread at the midpoint of the hook shank. Tie in a length of polypro yarn (diameter not more than the outside diameter of the hook eye) extending over the bend until right above the barb. Basically, an ant body consists of three different parts: the abdomen, a very thin waist and a thorax/head that’s slightly smaller than the abdomen. Dub the abdomen in the shape of a rugby ball. The size of the abdomen is about 1,5 times the distance from the barb to the hook point. Keep plenty of room for the tiny waist. Tie in one strand of pearl Crystal Flash. 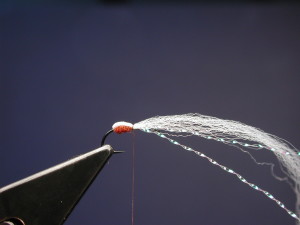 Fold the poly yarn over the abdomen, Humpy style. Color the poly with a felt tip marker, pull the poly and the strands of Crystal Flash forward, and wrap the waist Tie in the hackle right behind the hook eye, and wrap towards the post. 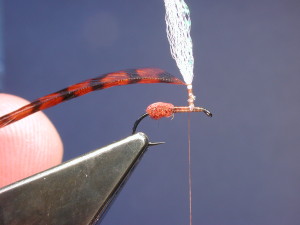 Wrap the hackle up against the post, and wrap down again. 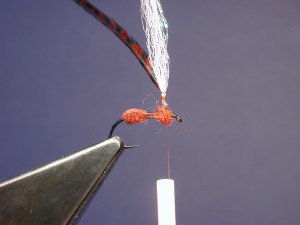 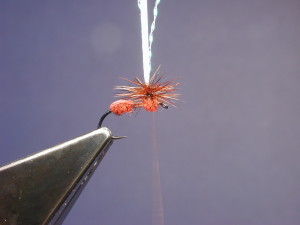 Hackle the parachute down to the thorax/head. Because you’re hackling around a small diameter post you may want to make 5 to 7 wraps. 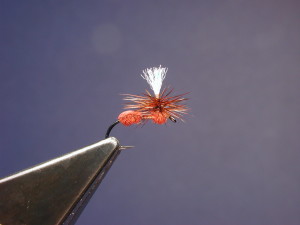 You can make a whip finish around the parachute post, but on a small hook like this #17 this is hard. To me anyway. I make a reversed whip finish (making turns towards me) behind the eye. This prevents the thread being pulled under the dubbed abdomen/head.

Clip off the post to desired length. Put a tiny drop of CA glue on the whip finish and on the spot where you tied off the hackle, and you’re done! Sometimes trout seem prefer a sunken ant. In that case, or if you come to a deeper spot where you just know that there should be a fish down there, simply modify the fly. Clip off the parachute, put a split shot on the tippet, some 30 cm from the fly, and see what happens.